Infertility and the Mind-Body Connection

The root of all health is in the mind.

The trunk of it is in emotion.

The branches and leaves are the body.

The flower of health blooms

when all parts work together.

In the world of fertility we spend a lot of time looking at objective data: hormone levels, sperm counts, egg and sperm quality, age, etc. All of these things are valuable and important, but what is so often missed is the mental and emotional state of the woman who is trying to conceive. In my experience, a woman's belief system, her emotional state and her expectations are AT LEAST as important as the objective data that we spend so much time gathering. In my experience, if you don't deal with your emotional stuff, it will be very difficult to shift things on a physical level.

The mind-body connection is extremely powerful. To give you an example, I'll ask you to picture a lemon. Are you picturing it? Now imagine holding it in your hand and cutting it in half. Cut it in half again. Now bring it to your lips and take a bite. Did you notice anything? If you're like most people, you began to salivate. All of this from simply picturing yourself biting into a lemon.

Imagine what physiological reactions take place in your body when you picture negative outcomes, engage in negative self-talk, and chronically experience fear, worry, pessimism or any number of other emotions that elicit stress. Part of the difficulty is that so many of us aren't even aware that we are experiencing these things. They're so deeply ingrained that they're automatic. We don't think about it, but it impacts our health and fertility in tangible ways. It's so important to become aware of these emotions and to release them so that the body can heal.

Many systems of healing are clear about the fact that specific emotions impact specific organs (for example, it is well known in Traditional Chinese Medicine that there is a connection between the lungs and grief). Herbalist Matthew Wood, has this to say:

"Our emotions correspond to our bodily organs. Each emotion has a physical organ which vibrates, so to speak, when that emotion is active. When an emotion is blocked, the analogous organ becomes lifeless, and at last, diseased."

NET stands for Neuro-Emotional Technique and it is the most popular modality in my practice because it is such a powerful tool for finding and releasing blocked or unhealthy emotional patterns, belief systems and traumas that prevent your body from being able to function optimally.

The way that an NET session begins is that we start with a basic statement, for example, "I believe that I can get pregnant." We muscle test to see whether or not this statement is true for you. If it is true on all levels of your being, it will test strong. If it tests weak (and most often it does when there are challenges with fertility), we know that on some level you're not in complete resonance with the statement. Once we've established a weak response we can begin to explore it on a deeper level by pinpointing which organ system and which emotion is impacted. Often it is more than just one. Once we've explored everything to our satisfaction, we can release it-- this is the most important part. It is an excellent tool for getting to the root of some of the deeper issues that impact your fertility.

One of my teachers taught me that all disease begins in the mind. I have seen this to be true over and over again, regardless of the health issue being faced. When we deal with the mental, emotional and spiritual, the physical can shift naturally. When we don't deal with these things, the physical can only shift if we push and manipulate and force. But eventually it will return to its disease state because nothing has been healed at a fundamental level.

Back to School Tips for Better Health 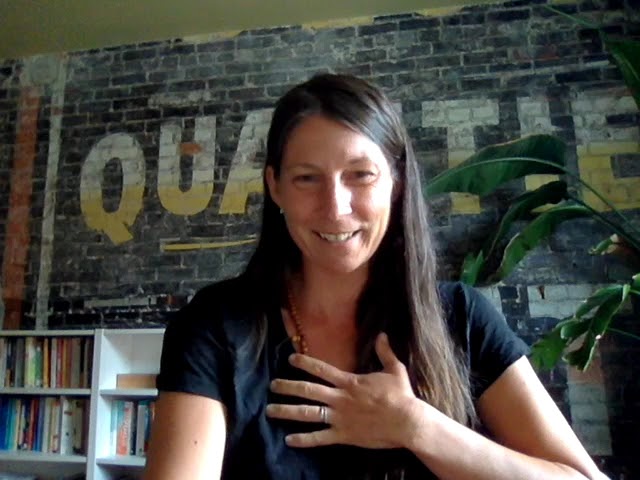 How many different species of plants do you eat?